Programma  Aspire To Inspire – Bologna – On a journey with Educo

Ray has been involved in English Language Teaching since graduating in Hispanic Studies in the late 60’s. The bulk of his time is now devoted to teacher education and training teacher trainers. He has taught, trained and examined teachers in 34 countries and co-authored a well-known teachers’ textbook on the phonology and pronunciation of English and a course book published in Italy. In his career he has been teacher, Director of Studies, College Principal, Senior Lecturer, Director of Language Examinations, Inspector of English Language Schools and consultant. His focus now lies with teacher training and ELT project management with a particular interest in in-service professional development for non-native English speaking teachers and in the development of confidence about English Language systems in native speaker teachers.

Ray will do his best to reveal the secret of successful English language pronunciation learning and teaching! The good news is that this is not technical or complicated. He will quickly establish with you the typical components of an English language pronunciation syllabus and then discuss with you the order in which we might want to teach these elements and the relative priorities that they deserve.
He will then go on to clarify the important connection in English between grammar and pronunciation. Also with a particular focus on the grammatically determined role of stress in normal speech.

Roberta Pugliese, currently a headmistress at an Upper Secondary school in Lombardy – IIS Tassara-Ghislandi, Breno – has been involved in the teacher training field since 2001 working for the Italian Authority in Milan. She has taken part in different projects organized at international level and has also collaborated with several universities and publishing houses.
She is co-author of an English textbook for upper secondary schools and writer of articles about methodological issues.

“The CLIL CHALLENGE” – Where does the challenge lie in the CLIL classroom?
Starting with the basics of CLIL, the lecture will point out a number of features which make the CLIL classroom at once highly challenging and rewarding. Thus the talk will cover the main features of CLIL and the strategies the CLIL teacher needs to master in a CLIL class.

ANNA BENNETT: Academic Team for Trinity College London
Anna Bennett was born in Nottingham, England, and graduated from Staffordshire University. She is an experienced Teacher and Teacher Trainer working in both the state and private sector and institutions in Italy and the UK. She is a member of the Academic Team for Trinity College London in Italy. Her main interests are teaching strategies and classroom management in young learner classes. Anna is a member of EALTA and The College of Teachers.

ROMINA TAPPI: Educo Artistic Director
Romina has been the Artistic Director of THEATRINO for the last 17 years and a Teacher Trainer for just as long. As a graduate of the School of Creative Arts, Wollongong University (Australia) her training and skill set has been put to good use, working both behind the scenes and centre stage under the spot light. Born in Italy but growing up in Australia, Romina brings a bilingual conversion of culture to the mix, with a work history in theatre, tv, radio, music performance and drama teaching. During her time in Italy, she’s written 10 variations of popular fairytales with original scores and songs, not to mention hundreds of theatrical sketches, workshops and didactic materials for actors, tutors and teachers. She’s trained thousands of facilitators including; tutors and camp directors for English summer camps; actors from around the globe for TIE tours; teachers of English in various countries from all scholastic levels. She’s been invited to speak at numerous ESL conferences over the years and has been directly involved in both European and International projects with Italian students and teachers. Aspire to Inspire has always been her motto!

EDUCO’s methodology follows the theories (and results) of many accredited linguists and classroom practitioners. This workshop will explore these theories using scripts, songs and drama based language activities, with emotions as the engine and drama techniques as the vehicle.
Using Educo’s holistic approach to learning, TEATRINO has for many years entertained and motivated students through TIE. TEATRINO puts into practice the theory that second language teaching should focus on encouraging ‘natural’ acquisition and providing input that emotionally stimulates the learner. The experience is memorable because the students are emotionally involved and having fun! With TEATRINO students acquire the linguistic skills they need for communication without realizing they are learning.
Drama is a learning medium rooted in a child’s experience of play and has a fundamental and valid place as a powerful ESL teaching tool. Educational practices and developments are definitely a ‘work in progress’, so lose your inhibitions, have fun, and Aspire to Inspire! 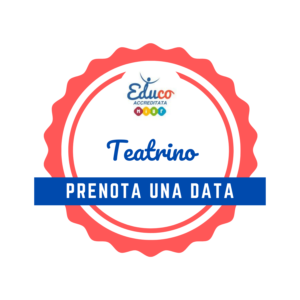 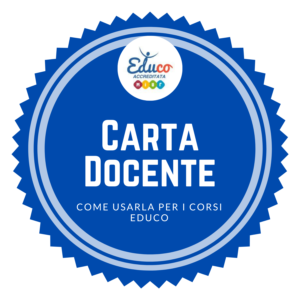